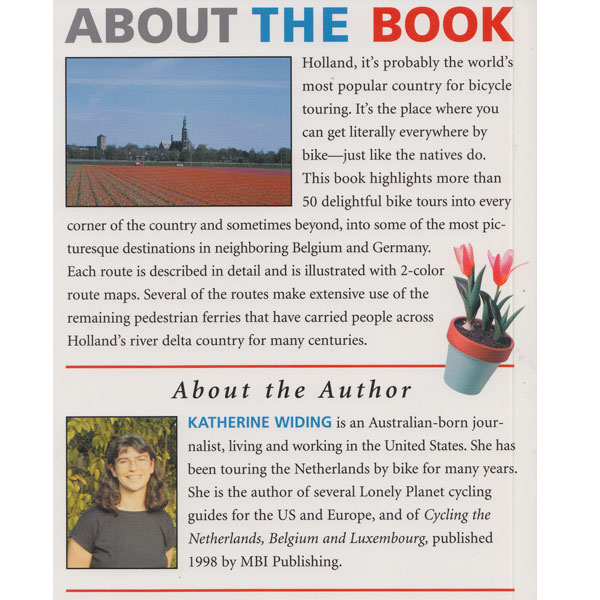 Bicycle Touring Holland - Cycling the Netherlands
Holland is probably the world's most popular country for bicycle touring. It's the place where you can get literally everywhere by bike - just like the natives do. This book highlights more than 50 delightful bike tours into every corner of the country. Katherine Widing is an Australian-born journalist, living and working in the United States. She has been touring the Netherlands by bike for many years. She is the author of several Lonely Planet cycling guides. Bicycle Touring in Holland, (2012)